The members of the Maestro Strategies advisory board are renowned experts in business and healthcare. 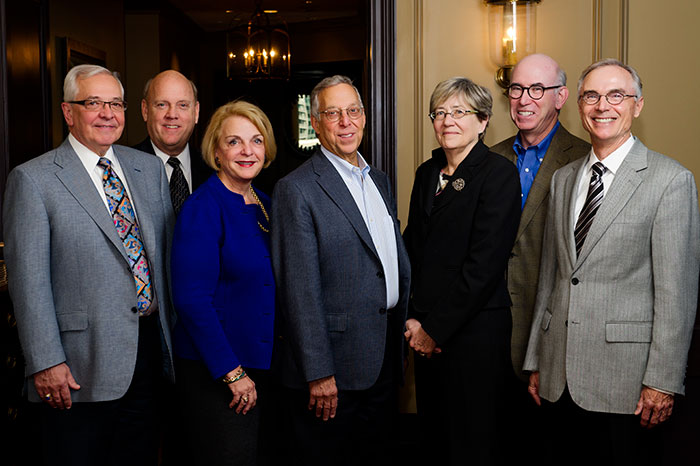 Alan Weinstein is the founder and retired president of Premier, Inc., a strategic alliance of more than 1,800 hospitals throughout the United States. Prior to Premier, Alan worked with various groups of hospitals, including serving as executive vice president of the Illinois Hospital Association, president and chief executive officer of North Suburban Association for Health Resources in Northbrook, Ill., and executive director of the Midtown Hospital Association in Denver. Today he works with variety of private healthcare companies, most often as a board member or advisory board member. Alan is a graduate of Allegheny College and has an MBA from Cornell University.

Diane is President and CEO of Core Consulting, Inc., a healthcare consulting company that provides strategic direction and business development expertise to healthcare organizations. She also serves as President of the Healthcare Institute, a think tank of leading healthcare system executives that meets twice each year to share ideas and learn from one another with the goal of improving healthcare delivery. Diane is a strong believer in community service; she has served on numerous boards and councils. She has won many awards, including a place on Modern Healthcare’s 100 Most Influential People in Healthcare list.

Dick Clarke is the recently retired President and CEO of the Healthcare Financial Management Association. He holds faculty positions at Rush University, Chicago, and the University of Miami, Coral Gables, Fla. He was awarded the American Hospital Association’s Board of Directors Award for Outstanding Service in May 2004, made a member of the Studer Group’s Fire Starters Hall of Fame in 2010, and named one of Modern Healthcare’s 100 Most Influential Healthcare People in Healthcare, 2002-2010. He has also authored many books and articles on various subjects of interest to healthcare executives. Dick currently serves as the Chairman of the Christus Health Board of Directors and previously held positions with Swedish Medical Center in Englewood, Colo., including senior vice president of finance and chief financial officer.

Erica Drazen is the former Managing Partner of the Emerging Practices Group in the Health Care Sector at CSC. The mission of the Emerging Practices Group was to monitor market trends and to evaluate emerging operational practices and technologies that have the potential to improve performance of the health industries. Erica also developed thought leadership groups at First Consulting Group and Arthur D Little. Erica’s areas of professional practice involve helping delivery organizations create information management strategies, redesign processes, and use information technology to improve current clinical performance and meet future needs. Her research interests include information technologies to support patient safety, improve workforce efficiency, and enable patients to manage their health. She has been active in many professional organizations, has served as Chair of the Computer-Based Patient Records Institute and the Center for Health Care Information Management and was a founding trustee of the College of Healthcare Information Management Executives. She has been an active participant with Scottsdale Institute.

Charlie Evans is President of the International Health Services Group (IHSG), a social enterprise he founded in 2007 to support health services development in underserved areas of the world. It is the mission of IHSG to work with established organizations to supplement their capabilities in healthcare management and development as they work to achieve their broader missions. Projects are currently under way in Kenya, the Democratic Republic of the Congo, Nigeria, Belize, Honduras and the Dominican Republic. IHSG works with such partners as Rivers of the World, MedShare International, the Presbyterian Church of East Africa, Ropheka Hospital in Nigeria, Hampden-Sydney College and Indiana University Medical School. Charlie is a Fellow in the American College of Healthcare Executives. He served as a Governor of the College from 2004-2007 and Chairman from 2008 – 2011. Previously, Charlie served in executive positions at Memorial Medical Center of Jacksonville, Fla., and Community Hospitals, Indianapolis. He joined HCA in 1995 and managed company divisions that included North Carolina, MidAmerica and Southeast. Charlie was named President of HCA’s Eastern Group in 2004.

Bill Petasnik is former CEO of Froedtert Health, a regional provider of primary and tertiary healthcare services in eastern and southeastern Wisconsin. Froedtert Health combines Froedtert Hospital, an academic medical center affiliated with the Medical College of Wisconsin, with community hospitals and physician groups to provide a full array of services. Prior to that held various senior level positions at the University of Iowa Hospitals and Clinics, the University of North Carolina Hospitals & Clinics, and the University of Wisconsin Hospitals and Clinics. He is a recognized national leader having served as Chair of the American Hospital Association Board of Trustees in 2008 and is a frequent speaker and author on transformational leadership, the future of health care and change management. In 2003, he was Chair of the Council of Teaching Hospitals and has also chaired the board of the Wisconsin Hospital Association. Currently, Bill is the Chairman of the Board for the American Hospital Association’s Health Forum.